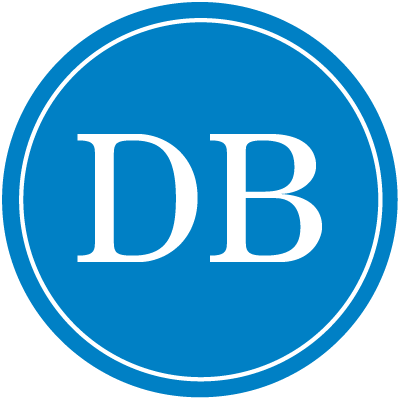 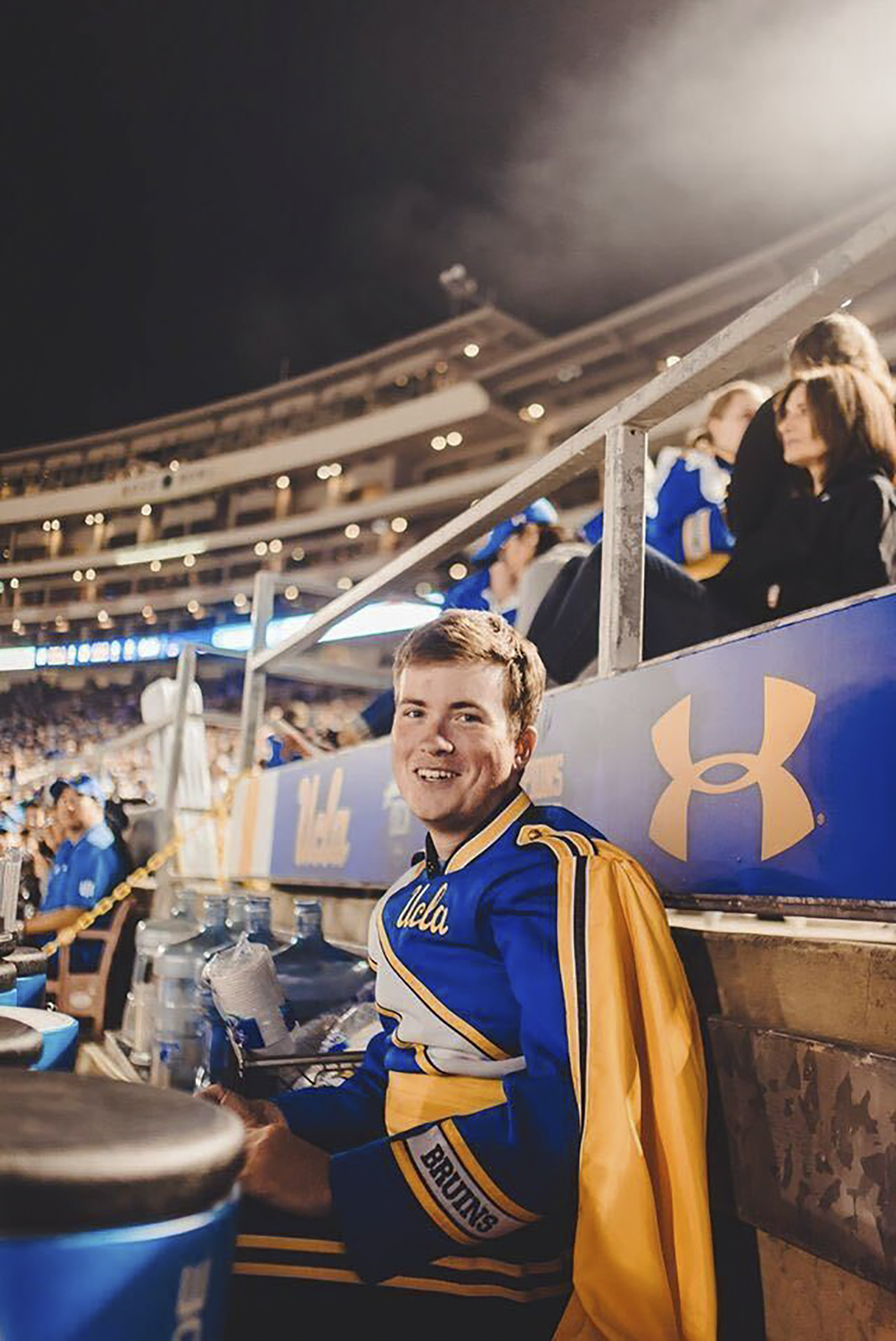 For seniors, the loss of closure has been one of the most painful feelings to come out of the COVID-19 pandemic. News reporter Vito Emanuel (pictured), also a member of the UCLA Bruin Marching Band, recounts his last days in Westwood before being forced to come home. (Courtesy of Vito Emanuel)

The coronavirus pandemic has drastically upended life in the most unforeseeable of ways. At UCLA, our community is remarkably united by similar feelings of loss, confusion and concern, but also by light, hope and perspective that the pandemic has brought to the forefront. In “Columns From Quarantine,” Daily Bruin staffers and community submissions highlight the personal stories that mark this unprecedented moment. If you have a quarantine story to tell, you can submit it here or email [email protected]

The bus to Las Vegas was due to leave the following morning. I was chosen to represent the marching band at the Pac-12 Men’s Basketball Tournament, an honor four years in the making, and I was ecstatic that I was recognized for my hard work in the band and on my trumpet.

Then the email came. It was drizzly and overcast outside, and I was in class. Rumors were circulating that the trip had already been canceled, and we were just awaiting an email from our director to confirm. But instead we got a different email, from the vice chancellor, who announced that in-person classes would be suspended through early spring.

“It was the first of many cancellations: of thousands of opportunities, hopes and expectations that would be extinguished by COVID-19’s long, invisible shadow.”

Unbeknownst to us, it was the first of many cancellations: of thousands of opportunities, hopes and expectations that would be extinguished by COVID-19’s long, invisible shadow. The trip, of course, was canceled, but my feelings about it were dwarfed by a second email that announced spring quarter would be conducted remotely and we should return home if possible.

I don’t think any of us, seniors especially, are unhappy with the administration’s decision. But the announcement was double-edged: at once an important step toward mitigation and also a death knell for so many experiences that had defined UCLA for me.

Like so many other seniors, I barely had enough time to say goodbye to friends I had made over four years of college – for some, perhaps the last time our paths will cross.

I packed my bags, shoved all of my food into an Ikea bag, and drove home just before sunset. I left my trumpet behind, its case still adorned with UCLA Athletics tags and stickers, souvenirs of a simpler time.

The road home was dotted with electronic Caltrans signs, lit orange by brusque warnings. Wash your hands. Stay home. Avoid gatherings. The purple Santa Susana Mountains enfolded me as the road stretched on.

My lifelong wish was to see my parents’ smiles as they watched me, the first person in my family to attend college, walk across the stage. That wish dissolved in front of me like it was the last scene in a movie I wasn’t meant to see, or like a ghostly version of my future, now unwritten.

When I arrived at home, I was relieved to see my family healthy and safe, but my homecoming was tinged with the wistful nostalgia of leaving a piece of my identity behind at UCLA – a place where its experiences shaped me as much as I shaped them.

Without a regimen or a schedule, all of the days started to melt together, a velveteen drift of late mornings and lazy afternoons.

I took a couple of hours over the break to replay “The Last of Us,” a post-apocalyptic video game set in the wake of a fictional pandemic that affected almost two-thirds of the world’s population. During the game, there is a section in which you ride a horse through an empty university campus at golden hour, ivy vines and bristly undergrowth slowly reclaiming its halls.

In-game, I found myself combing through long-empty dorm rooms, paused forever in time, thumbing through the notes and pictures of the lives these fictional students left behind.

I thought back to my own room at UCLA, it too paused in time. Polaroids of a trip to Yosemite are strung up on one wall. On another, a poster of Frank Ocean’s “Blonde.”

Pieces of me, frozen in my apartment like a museum.

Right now, student favorites like Kerckhoff Coffeehouse or Bombshelter, each once filled with music, laughter and conversation, lay dormant, as if they only exist when we do. Even Bruin Walk, the same student highway that always felt almost as hectic and trafficked as the 405, is empty, no one left to peddle flyers or ask questions.

They’re part of UCLA’s micro-folklore, maybe only known to a few people at a time: the man with the huskies; Andre Oliver, the question man; the no smoking sign on the Physics and Astronomy Building stairwell that always seems to have a few packs worth of cigarettes underneath it; the one spot on the Gayley Avenue sidewalk outside of Sigma Chi where four people can roll up a joint and block crowds of students trying to get home, threading them into single-file conga lines snaking up the street; the crosswalk buttons no one has ever pushed.

It was as if everyone was playing their part in a meticulously directed play, and the virus dispelled the theater and left behind the stage.

If I had known that I would have to say goodbye to UCLA and its experiences, I might have spent more time admiring the campus in all of its autumnal, brick-laid beauty. I might have taken out my earbuds when I walked to class, taken up a friend on that coffee offer or rekindled my passion for some of the organizations I had lost interest in.

“It was as if everyone was playing their part in a meticulously directed play, and the virus dispelled the theater and left behind the stage.”

I thought back to my time at UCLA, back to the little moments that I left behind: laughing with friends after taking a midterm that most of the class probably failed; trying to sneak in to the “Stranger Things 2” cast afterparty on campus during Halloween time; feeling the quiet electricity of campus during rivalry week; or even seeing someone get back up on a slackline on the hills by Janss Steps for the fifth time in an hour, one man strumming a guitar at the base of one of the trees, the other barefooting it across.

For me, small moments like these feel lost to time, not as if they were taken from me by force, but as if they slipped through my fingers, like grains of sand.

Explosive change often makes more sense in the rearview, especially when the feelings it leaves in its wake are difficult to process. Maybe it’s because change is so often accretive, and you don’t realize you’ve entered a new life until you look back at the one you left behind.

It’s moments like these that have been prismatically magnified in my mind by COVID-19, at one time inconsequential, now as big as landscapes.

If you asked me to remember what I was doing exactly two months ago from today, or what I was doing Aug. 23, 2015, I wouldn’t be able to. But what I do remember are all the little rituals that I did every morning before class, the quiet courage that crackled within so many of my friends, the electric chaos of De Neve Late Night on a Thursday night, and the twinkling, firefly-like magic that fills UCLA’s many halls.

“Maybe, in COVID-19’s vacuum, there is no such thing as a quiet memory; they roar.”

I think COVID-19 has reminded us that we are all amnesiacs, one way or another. It’s too easy to forget the quiet memories in favor of the loud. Maybe, in COVID-19’s vacuum, there is no such thing as a quiet memory; they roar.

Every meal with a friend, a banquet. Every walk to class, a marathon. Every smile, a slice of heaven.

Perhaps, despite all the demons it has released on the world, COVID-19 will help us remember.

Vito Emanuel is a fourth-year political science and English student from Simi Valley, California, and a news reporter for the Daily Bruin.

Read more stories in this series:

Columns From Quarantine: Despite physical distance, I hope these shared narratives have championed unity

Columns From Quarantine: Reimagining a final quarter dedicated to helping those with leukemia, lymphoma

Columns From Quarantine: Seeking silver linings while unable to return home because of travel restrictions

Columns From Quarantine: The pandemic isn’t an outlying disaster – it’s a warning of an inevitable future

Columns From Quarantine: The difficulties of long distance when an end to stay-at-home orders is uncertain

Columns From Quarantine: With four-year timeline gone, maybe a shortened college experience can be enough

Columns from Quarantine: Model UN was a path to finding herself, COVID-19 proved to be ultimate roadblock

Columns from Quarantine: The stresses and strain of virtual socialization during the pandemic